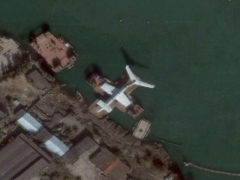 The Alekseyev A-90 Orlyonok is the second major Ekranoplans Russian. Designed in the late 60s by the research department of Nizhny Novgorod, it uses ground effect in movement. His favorite terrain is the sea unless it is too rough. A possible high payload, faster than the speed of a ship and use a cost lower than an airplane soon strongly concerned that the Soviet Navy made it a priority project. After being tested on the Volga, it was disassembled and transported in Caspian Sea where it made its first flight in 1973. 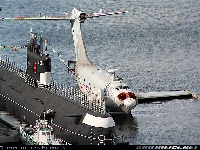