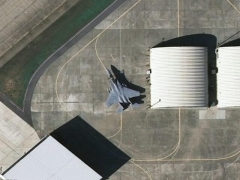 The F-15 Eagle is a fighter any time called "air superiority", designed by the United States in the 1970s. Produced more than a thousand copies, it is used mainly by the USAF but was also exported to some friendly countries, including Israel and Japan had built under license. A specialized version of ground attack has also been developed (F-15E). 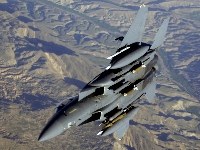