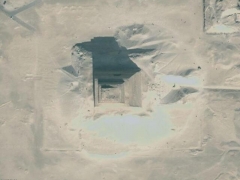 Located at the entrance of the Fayyum in Egypt, the pyramid Meïdoum called "false pyramid" by the Arabs, on-XXVIth century. It included the original seven degrees, which now only three floors are still visible. Composed of limestone blocks, it was certainly built for the king Houni, last ruler of the Third Dynasty. Enlarged and extended later by a eighth degree, it was finally transformed by his son Snéfrou pyramid smooth. 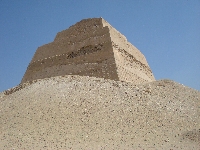